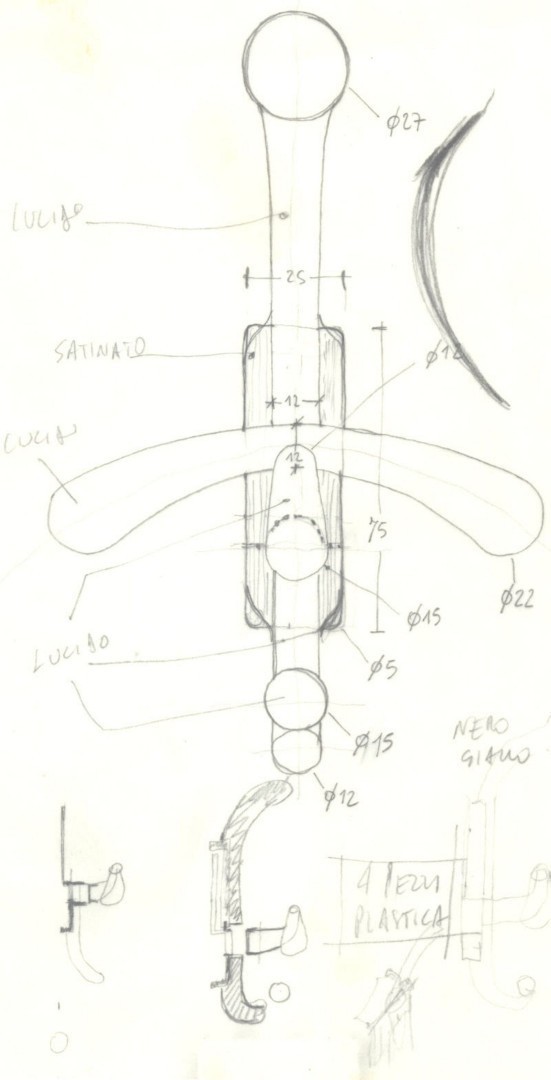 In injection thermoplastic material, this wall hanger was designed to bring together 3 hooks, historicizing the 19th century product with hat holder. The difference lies in the curve, as the 19th century coat hanger with hat holder clearly created a cusp, while Appentriabito creates a soft curve on which to place another dress.

The soft and thinned lines gradually derive from design choices combined with the production needs of the injected material, which during the cooling phase could create stretch marks on the object in the case of drastic differences in thickness.