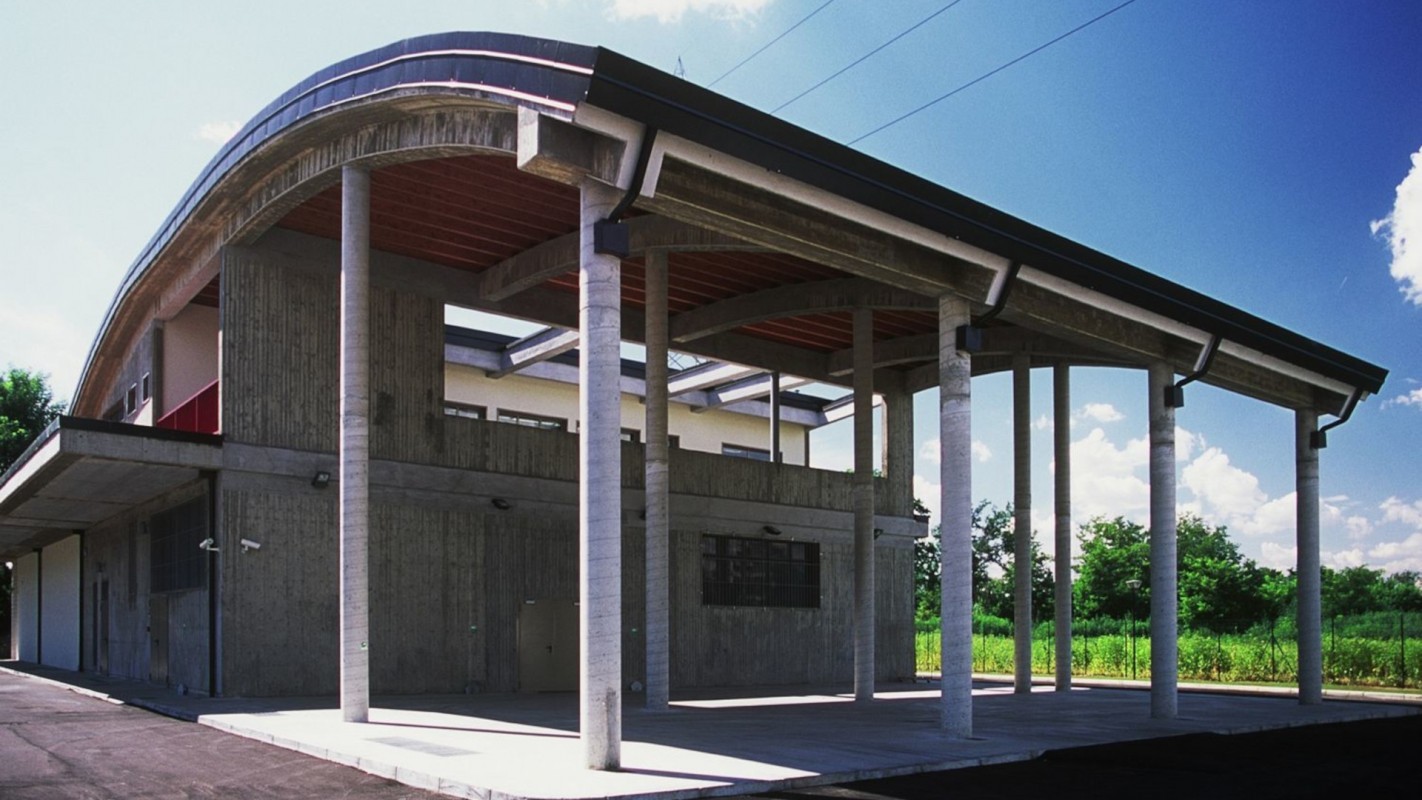 The new Meal Cooking Center has been designed for the production of 2500 meals per day.

The building is divided into two floors: a single-storey plate that contains all the operational activities of production, processing, portioning and preparation for the shipment of meals, while on the first floor there are all those ancillary functions for the functioning of the production cycle ( offices, multipurpose room), as well as the central heating room located in the elliptical body on the walkable flat roof.

The curved roof element defines an open covered space in front of the building, overlooked by a terrace belonging to the offices, and which is configured as the area designated for a possible expansion of the structure.

The south and west elevations, more hermetic because they contain the rooms intended for storage and ancillary rooms, are characterized by a continuous projecting canopy (which turns into a gutter along the north side of the building) intended to repair the refrigeration machines and the areas of loading-unloading of foodstuffs, and to protect personnel entry to processing rooms and offices; the north elevation overlooked by the production rooms is instead more permeable and is characterized by the presence of large windows, arranged with a constant score.

The anti-perspective connotation, given by a trapezoidal plan, gives the building a declared anti-classicist value that is also consistent with the expressive language.