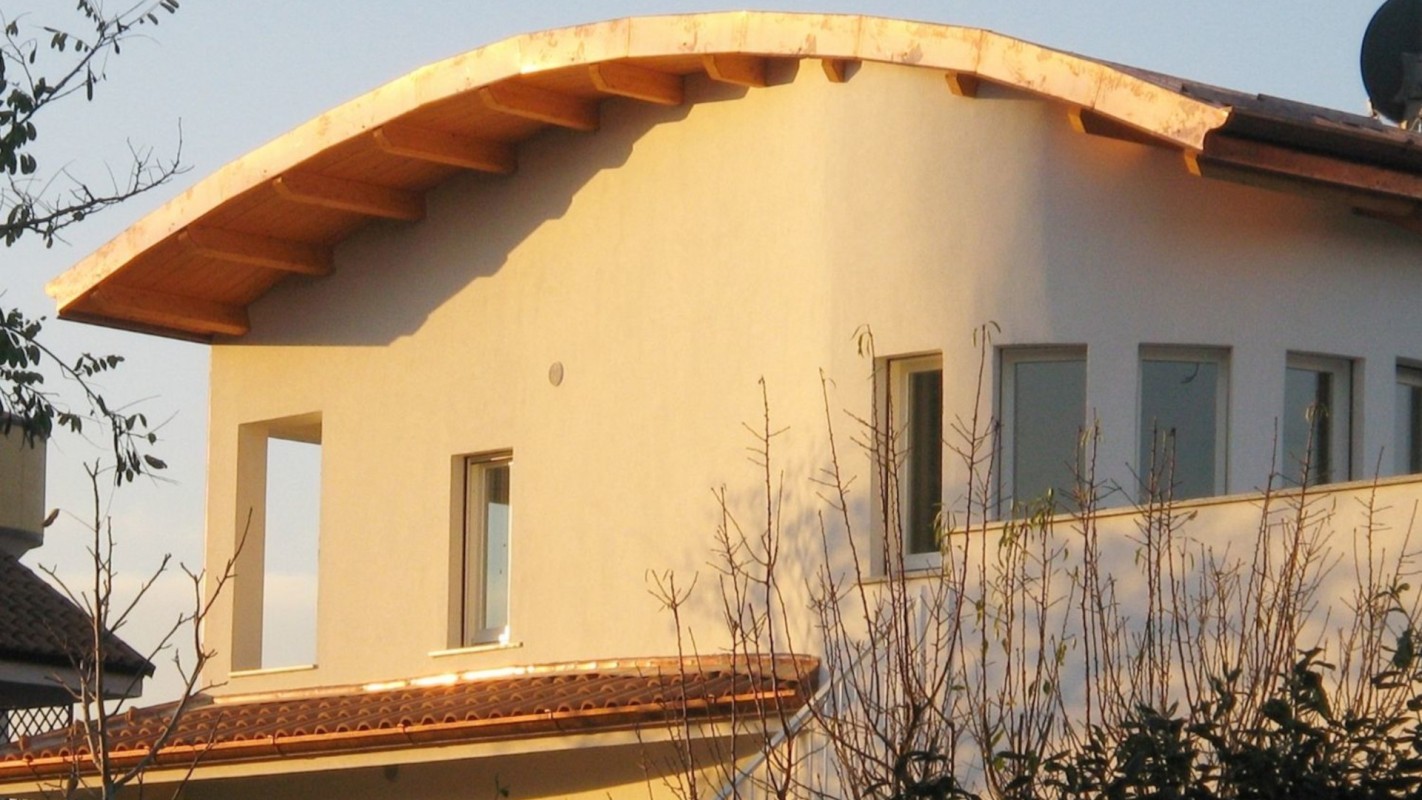 The pre-existing attic was demolished to build a new apartment by raising the existing building.

The first floor has therefore welcomed an apartment of 100 square meters with independent access consisting of a living room, kitchen, hallway, two bedrooms and two bathrooms, connected to the lower floors by two new external stairs, one located on the north-east side and the other on the west side of the building that will join the current one.

Analyzing also the external part of the project, it can be said that compositionally the new intervention seeks integration with the existing one, mainly due to the respect of the existing facades, against the use of the same materials with carefully harmonized proportions.