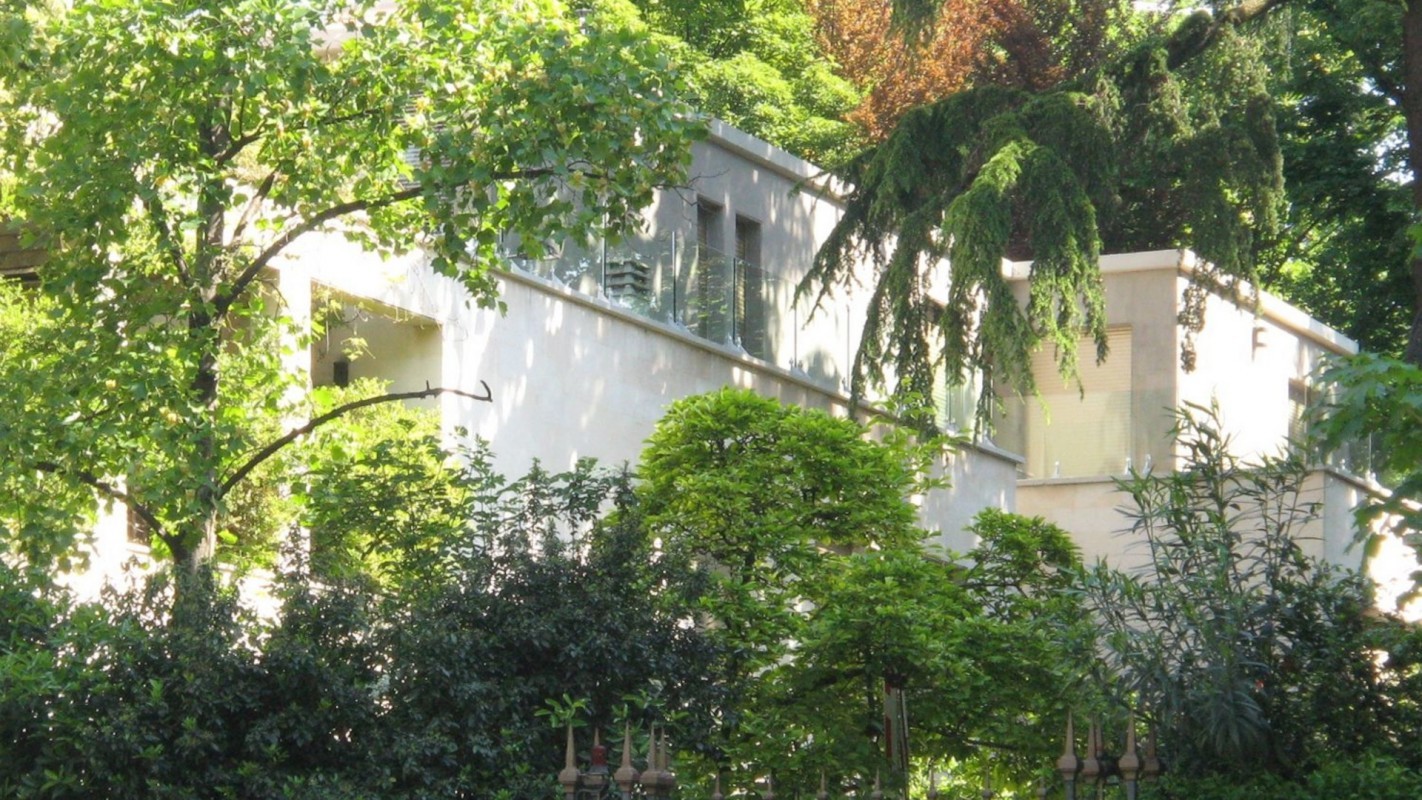 Raising of a villa / Milan

The raised elevation maintains the same logic as the original building, attempting to fit discreetly into a unitary manner. Also with a flat roof, it overlaps the underlying sediment, tracing its longitudinal development but with a smaller footprint, since the external walls are set back when facing the street and towards the garden, creating perimeter terraces, delimited by parapets in transparent laminated glass. It is believed, in relation to maintaining a certain compositional linearity and simplicity, that the intervention did not alter the perception of the articulation of the volumes of the original building.

The new body of the building has an olive gray quartzite slab cladding, i.e. the same material as the ground base of the building below, to identify the new intervention without introducing new colors.