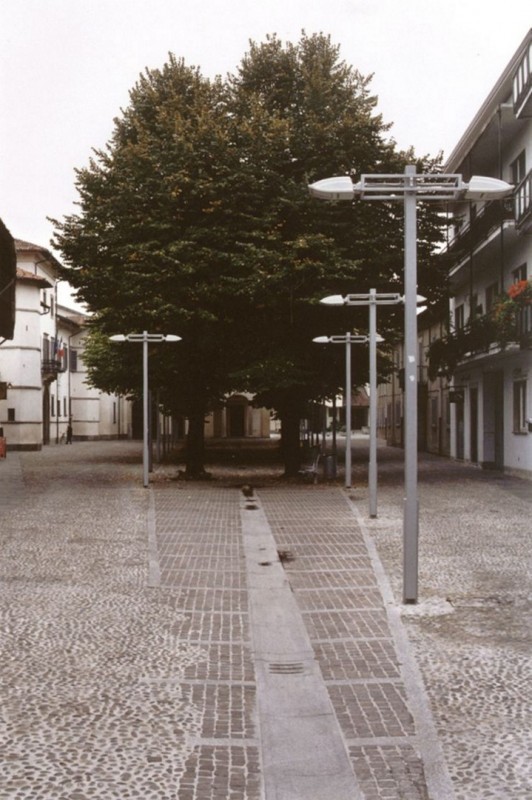 The project has considered with particular attention the context characterized by pre-existing trees, twentieth-century buildings and the 16th-century Palazzo Arese, seat of the municipal council and municipal offices. Given also a functional need to maintain vehicular traffic, the project was based on the redefinition of spaces and floors, in order to make the most of what is described above.