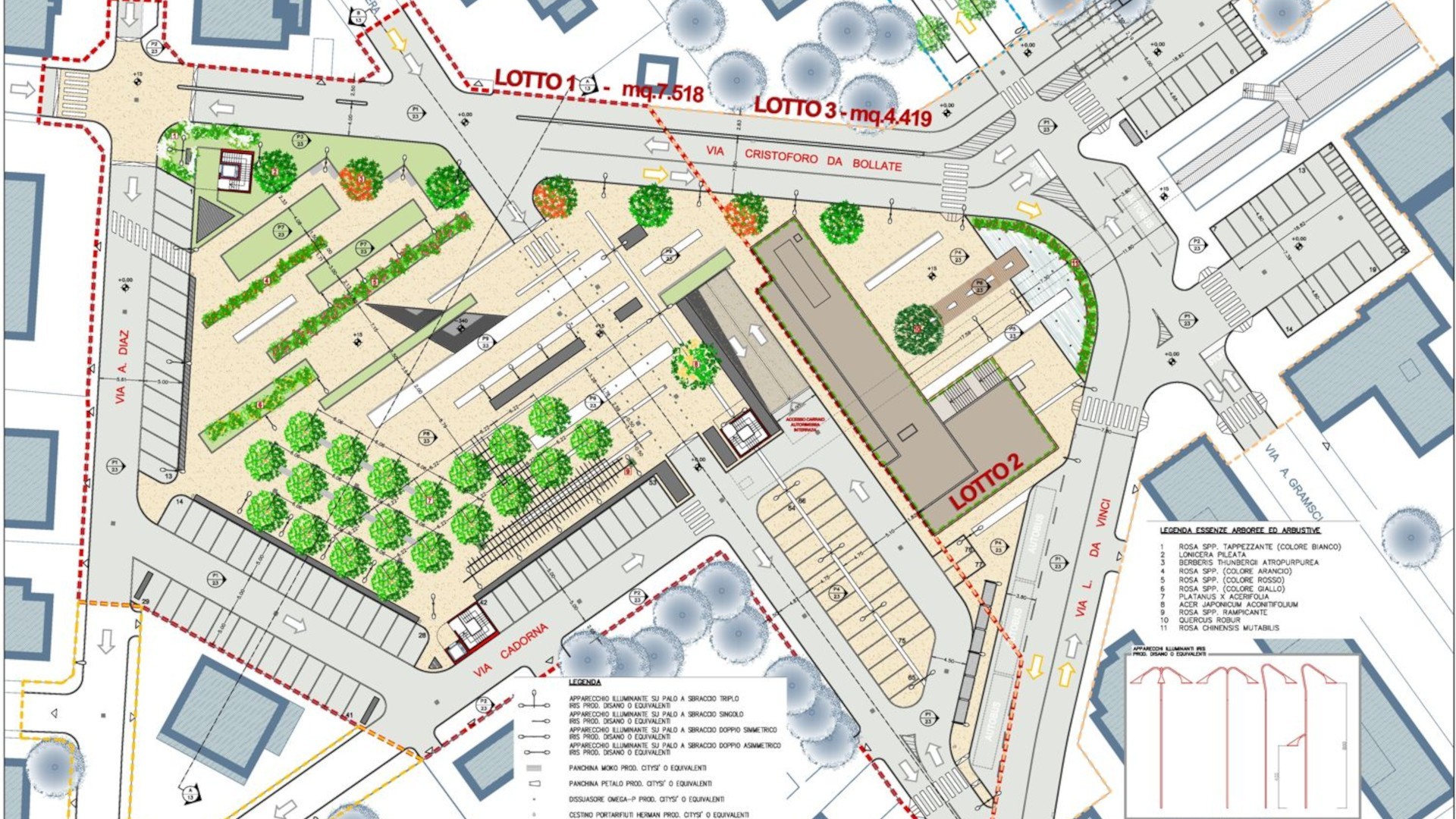 The project was born from a critical analysis of the state of the places in some areas close to the center of Bollate and considered strategic from a functional point of view, as well as the overall urban structure. The priority issue was the viability, which has transferred negative effects on the surrounding areas without their own urban identity.

As a consequence of the above, a project has been drawn up which, as a matter of priority

It focuses on the elements of urban significance, without however neglecting the aspects related to the themes

traffic (public and private), social, use and management of the city space.