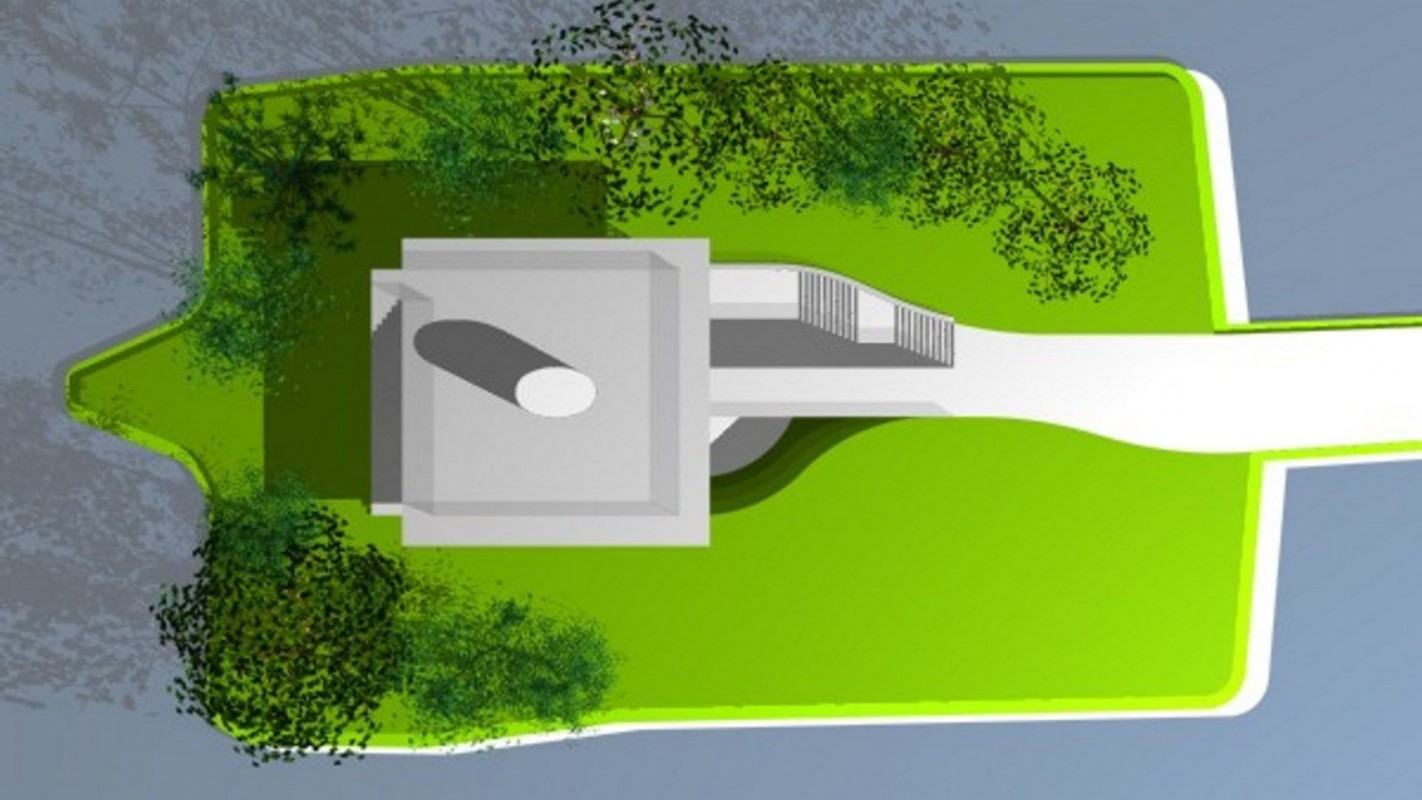 Restaurant in the middle of a pond / Garbagnate Milanese (Milan)

The new restaurant has been placed in the middle of a pre-existing artificial lake for sport fishing. The 12m x 12m square volume, with lightness and discretion, presented itself as a different element, but at the same time familiar to the landscape; the roof, protruding from the roof level, will be supported by only four columns, inside the curtain wall and detached from it, almost floating on the shores of the lake, offering protection and shelter during the cold and rainy winter days.

The glass perimeter, transparent, if not in its wooden frame, will become a 360 ° window on the banks and on the users' fishing; this transparency was also considered important in order not to exclude external perspectives.

The elevator body, with a reinforced concrete structure. and in exposed brick, it represents the central and hinge element of the building, echoing the old furnaces now in disuse, proposed with an upper interruption due to a diagonal cut.

The elliptical cone will contain the elevator reserved for customers and two dumbwaiters that will serve the various levels.