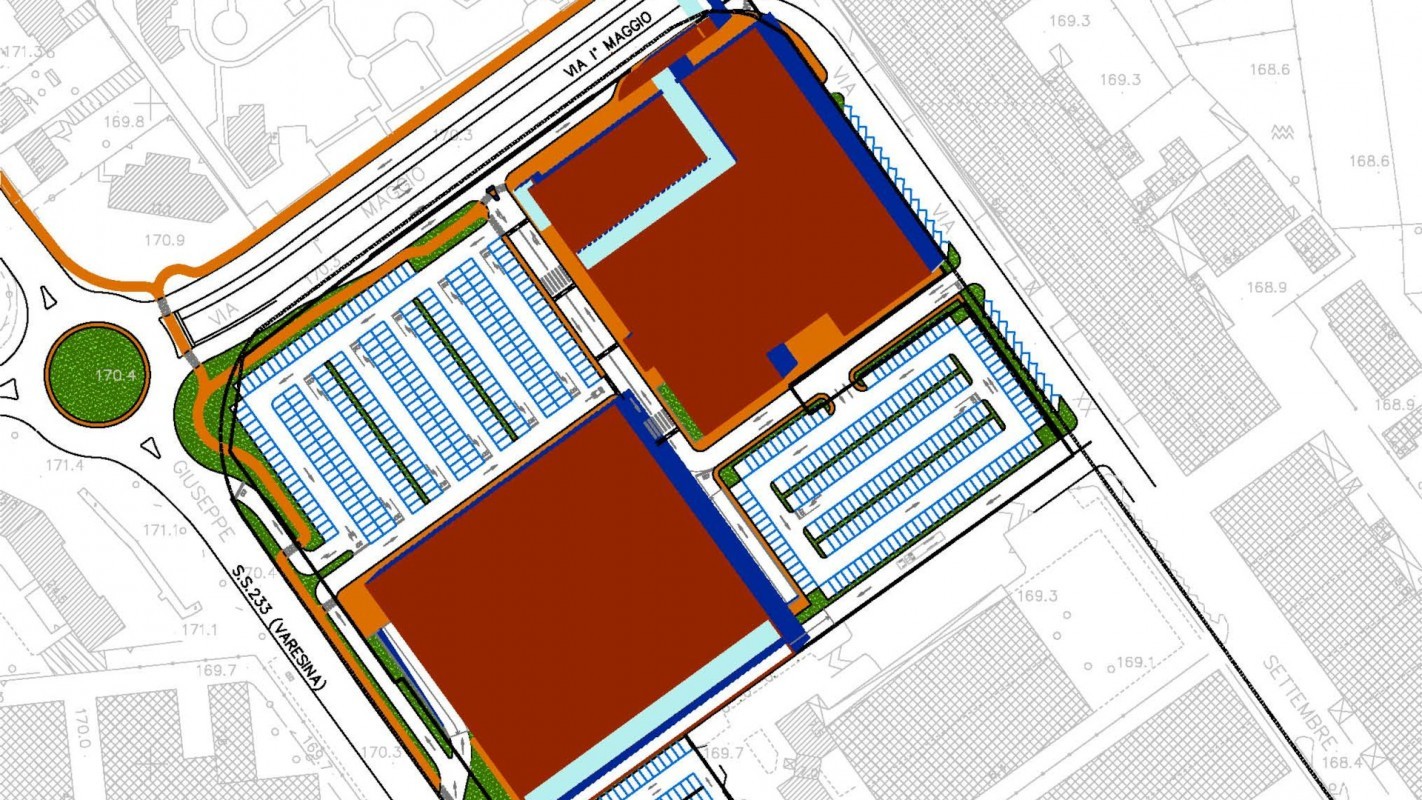 The objective of the implementation plan was to improve the offer provided to Garbagnate Milanese by the existing commercial park in the Santa Maria Rossa district, with the maintenance of existing operators, the redevelopment of the Esselunga supermarket, bringing it from average to large distribution and the expansion of the complex owned by Rafogar srl for the establishment of new neighborhood and medium distribution businesses.

In terms of building intervention, the major novelty proposed was represented by the Esselunga store, already subject to an initial expansion in the early nineties (compared to the first supermarket set up in 1970), but which needed a further expansion to meet the quality standards offered by the commercial chain.