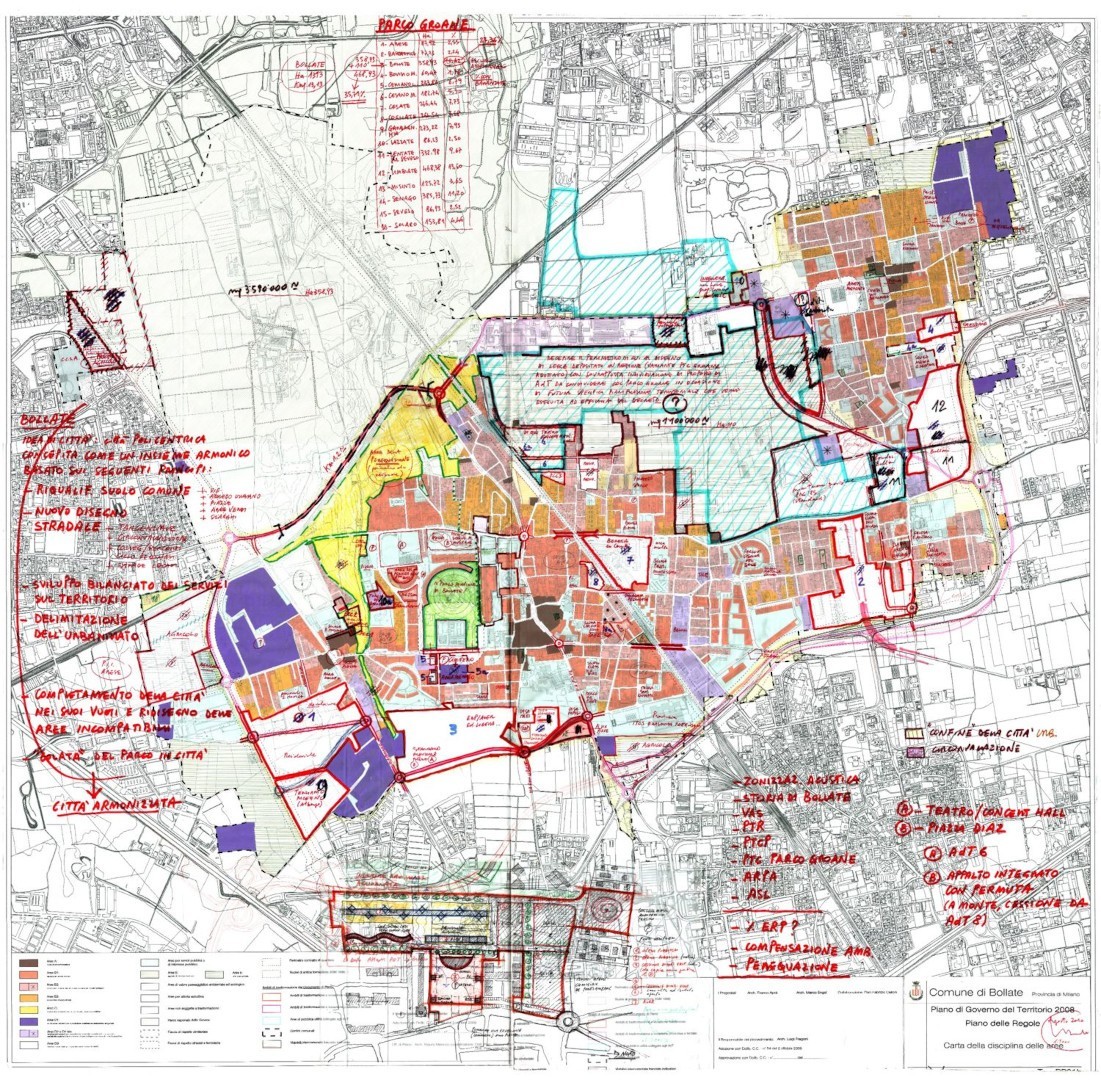 business development. All the more so when the territory in question constitutes a small one

much of it destiny.

Moreover, more than the internal dynamics, the conditions of development seemed destined to

be influenced by large-scale choices, such as the establishment of the new exhibition center and

the setting up of the EXPO.

Nonetheless, a quick survey in traditional form of the evolution of conditions

Paderno D., Rho and Senago) has contributed to highlighting the particularities of Bollate both in positive and negative terms.

We thought of a polycentric city based on principles such as the redevelopment of the common land, a new road design, a balanced development of services, the delimitation of the urbanized area, the redefinition of urban voids and the construction of a large park with supra-municipal ambitions.